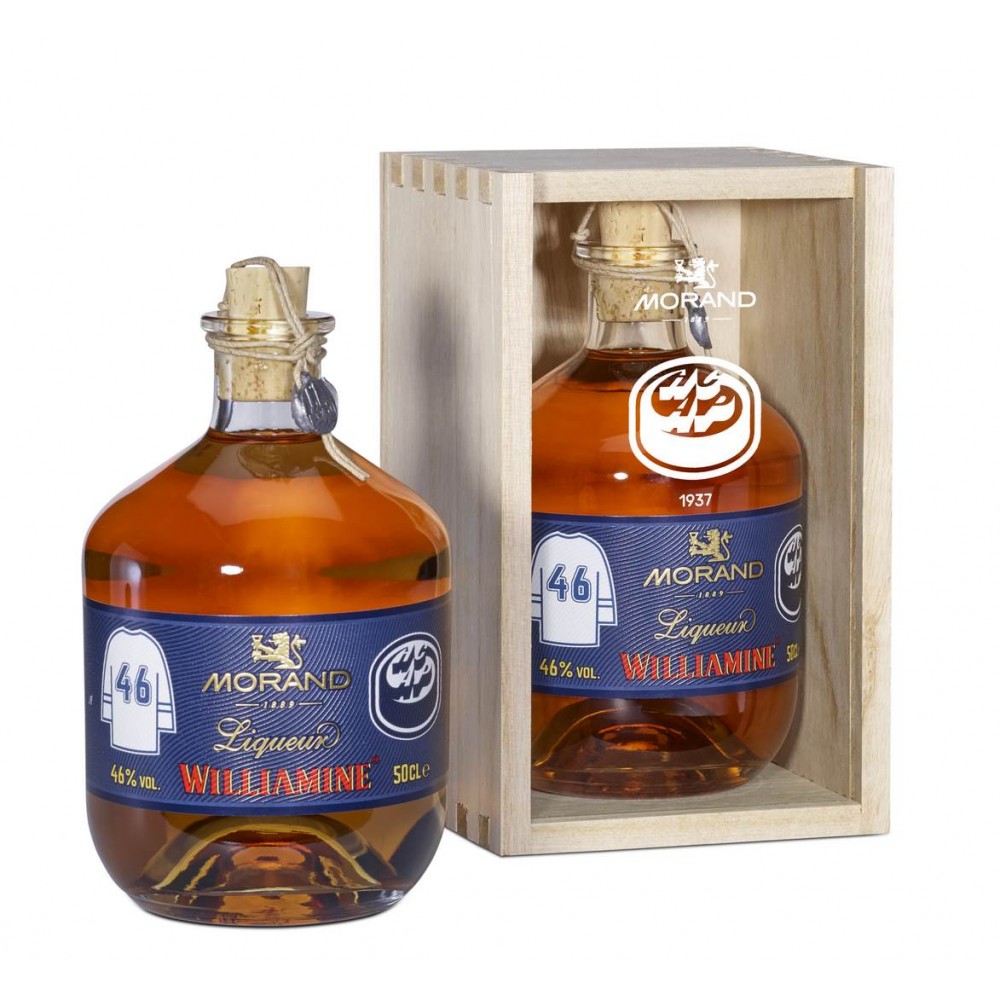 Distillerie Morand is pleased to announce its collaboration with the Ambrì-Piotta Hockey Club.

The Morand Distillery supports sports in Switzerland mainly through the Morand Syrup Vouchers.

In this context, several Morand products will be offered in the ice rink's refreshment stands as well as two exclusive items for the HCAP store in the Gottardo Arena: a 46% vol. Williamine liqueur and a trio of syrups (apple-apricot-pear) in the club's colors.

The 46 refers to the number worn by Paolo Duca, emblematic player of the club and today sporting director. These two products are also on sale at the Morand store in Martigny.